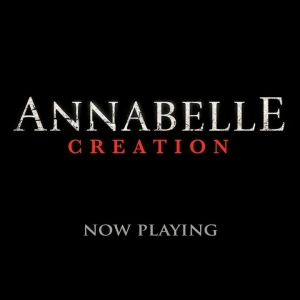 Sunday I went to see this movie and I arrived with lots of hope.  Hope that this movie would live up to my expectations.  The list below will be vague in a sense so not to include spoilers.

Here’s what I enjoyed in Annabelle:

My reaction: “I remember this and OMG that’s what freaking happened.”

Nostalgia sweet, sweet nostalgia.  Warmed my horror fed heart.  Now, with all that sweetness I was still jumpy from the voice and so like everyone else who leaves a horror film with goosebumps down their arms and hairs standing on end, I listened to K-Love on the way back home.

Following the lead of the Collector, I place these memories in a quarantined cell and only go to them when I need to.

Thank you, Annabelle, for being so good.

Ps. Do you like the new layout of the blog?