I recently heard Kerli’s new creation, Feral Hearts, and the song…is…amazing.  Kerli has created a wonderfully beautiful and emotional song that the word Love can’t describe how much I feel for it.

It evoked the emotion deep inside and of course, the Queen of Hearts soaked in the emotions and capitalized on what lay deep inside me and introduced me to a new character spirit after Muse had me dancing in my room at midnight.

It inspired this piece below, I hope you enjoy.

The magic of their deaths flowed through her shaky hands into her unwilling body. The power cascaded with her own family magic, she had never felt anything like it. This is what others fought against her and family to acquire. This power she was sure, she was positive, would never fade or be taken away.

She was sure, she was positive that she would not be responsible for the way some of her family lay surrounding her with empty cold eyes. But here she was. Tears fell from her once happy eyes. She raised her head to the night sky and bellowed.

She never felt so powerful and dead at the same time. Her heart squeezed painfully inside her chest. Her stomach clenched and her mouth watered. She felt like she had to puke but she swallowed it back. She couldn’t risk compromising the sacred ground.

She rested her hand on her forehead and squeezed her temples.  She couldn’t believe she had to do this. The crushing guilt of having to be death’s dealer sent more tears. She placed down the bloody sword atop the carefully picked leaves from the forest before her.

She could still hear their screams of punishment and castigation through her ears. They judged so harshly. They turned their backs to her when already she felt like she was drowning.

She shook her head still in disbelief. She did not want this power. So she was giving it back. All of it.

She placed the final rose quartz candle around the leaves and the blade. She placed a couple drops of her blood on the candle and a piece of her dark hair that rested on the leaves. By just a thought, a flame appeared on the tip of her finger.

Without another thought, she lit the final candle.

Her hands tingled, her ears buzzed, and her mind grew lighter. The forest around them came buzzing alive with sound making her ears pop. Leaves scattered first slowly with the whispers of her chant then grew frenzied.

The sizzling turned up a notch or two until pink flames licked up her arm. She swallowed a scream as it burned away her flesh. The buzzing increased until she could not even hear her own thoughts. She made her mouth to the words of the spell trying to flow through the pain. The sound of the forest increased to that of a piercing dog whistle only she could hear it. Only she could feel it. Blood vessels in her eyes popped and ran down mixing with her tears. Even with the pain she still chanted the spell.

The flames collected the power that flowed through her body and burned it out of her. The world around her darkened as the flames blew out.  Blessedly there was silence.  Her chest fell and rose erratically, it took minutes before she could catch her breath. She slumped as the rest of her ancestral power flowed into the earth below.

By the first peak of the sun’s rays onto this broken land, her family would live again. That did not stop the tears because there was a death still to be mourned. Her heart, her heart would be forever changed.

When she was able to move again, she reached into her bag.  She hugged a letter she penned to her chest. Her final words to the family that put her on the same pedestal as the demons they hunted. She needed to heal. She could only do what she could. She could not apologize for her actions because some place deep inside she knew she spoke only what was brought to her. She defended her soul that they’ve deemed damned.

This was not a family she wanted to be a part of.

With a red kiss from her cracked bloody lips she left the note. She stood on sleeping legs then stepped out of the circle.  There was woodland beyond this clearing, she needed to get to the past the bushes and the heart of the forest.  She would feel better with the forest around her.

She avoided her family’s bloody faces keeping her head held high.  Come on.  You can do this.  She thought she was strong. She coached herself to take one step at a time. If she just kept moving she would be fine.

She moved through the brush with caution but still her long white lace dress got caught on the sticks and the long grass.  She had to jerk at her dress a couple times before the bushes gave up fighting with her but not without reward.   She glowered at the coin shaped hole.  A thousand curses filled her mind and she growled at the thicket.  This was her favorite dress.

She did not want to be dealing with this right now.

Finally, she made it to the entrance of the forest.  She leaned her head back and took a deep breath.  There were considerably fewer bushes but the further she got the more she could still feel the piercing on her physical body.  It was causing more pain than that of her heart.

She frowned down at her dress then lifted the to uncover her left leg.  A sticker poked at her legs.  She removed the distraction and smoothed down her dress.  Perfect.  Her smile turned into a frown when she spotted something else on her dress.   In the twilight, she could see dark stains on her beautiful dress.  She scrubbed at the blemish then gasped when it grew.

She scrubbed harder to no avail.

She raised her hands to her face and quickly turned her face away from them.  But she could still smell it.  Smell them.  Her family.  Their blood coated her hands.

Her heart exploded like a wild banshee.  It ripped at her insides until she had to stop at nearby tree almost a mile away. She couldn’t see with all the tears pouring from her face.  She couldn’t breathe.  She was hyperventilating.  She felt like she was dying.

Her face rubbed raw when her legs could not hold her anymore and she slid down the rough bark of the tree.  She lost her family tonight.  By her own hand.  Fighting the feelings proved more grueling than she thought giving in would.

She gave into the lost knowing that she did not want to go on with it eating away at her soul.

Time stopped as anguish set in. She lost control of her body as her heart took precedence. Her back arched and quaked through torrents of her screams and tears. She screamed and mumbled the hurt of her heart. She mourned her wounded heart. She cried until she could see black dots.

Minutes turned into hours and still her heart would not calm.

It was then that her body chose to shut down. 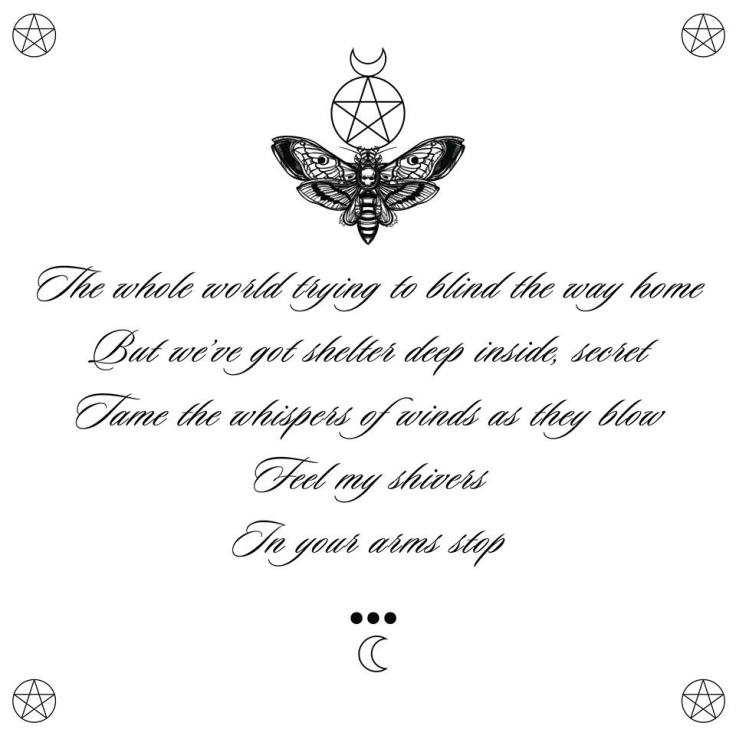