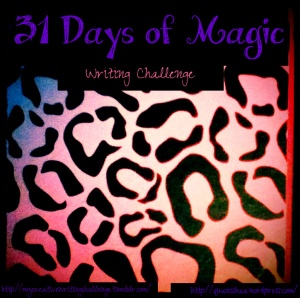 Day Eighteen: A story set in a ghost town.

The ashes of the dead slowly fell through the cracks of his fingers.  Adelio watched them sift down through the missing wooden floorboard, his thoughts rattled.  He wondered how many of his family was mixed within this dirt.  Were they finally at peace?  Would they ever have peace without a proper burial?

He balanced precariously on the few boards that were not burned or rotting from termites, his memories crashing into this reality, assaulting him from all sides.  The smell of his mother’s gingerbread and sweet potato pies were replaced with smells of decay and smoke.  The memory of traveling to get wood with his father to warm the cabin made his heart clench. The cabin now bores charred holes chilling the air inside with the winter wind outside.

When he shut his eyes he could see his mother smiling brightly from ear to ear while he and brothers ran around her skirts.   A time when he the world seemed to be open to him.  He knew nothing of the prejudices that flowed heavily or that he and his family were different.  Everyone around town looked like him.  It was the norm to go hunt for animals for their blood and normal for children to only move around outside at dusk or blister from the sun.

It wasn’t until they came with their guns blaring into town did he realize something was wrong.   That he figured that his life was anything but normal.   It was also the first he had been recognized with a term other than human.  Animal, monster, they called his mother and father before they raised their guns and fired.

“Adelio,” When he focused back he could see his wife’s beautiful green eyes filled with tears.  He could feel Katina’s soft hands tremble on his face.

Only when she wiped his face did he notice the tears that had fallen.  He allowed her to kiss his cheeks gently.  Love in each one of her sweet kisses.  Adelio wrapped his arms around Katina and squeezed her tight to him.

He breathed in her scent and it cleared his head.  Adelio had to get them to safety, staying here in this ghost town was not safe for them.  Not while the hunt was still on for his kind.  He gave her one final squeeze before he let her go.

“I must finish this.” Adelio reached a shaky hand to the items by his feet.  Before he could reach for the candle, Katina did.

“We must finish this.”

He paused then nodded.  Adelio walked to a spot where the floorboard had come up and the dirt ground below showed.  With a grunt, he placed the stake into the ground and his wife knelt beside him.  She placed a white candle beside the stake and he sat the flowers next to it.

Katina sniffed, her face covered by the mass of black hair as she dug into his pockets, but he still knew she was crying.  Adelio’s heart hurt to see her cry.

She pulled out the matches and lit one.  She stared entranced at the flame, her green eyes bloodshot and watery.

Then she drew toward the candle.  The candle’s light covered the room in a slight glow.  She closed her eyes then he did too.

Clearing his throat, he started again, “I pray the pure light of the candles and the flowers guide you all to the afterlife where you will stay free from the negativity of this world.  I promise you we will be okay; I will not fail any of you.”

“May you finally rest in peace.” Katina murmured then leaned against him.  Her warmth comforted him.

A negative world was his reality now, filled with hate.  Hate for what they didn’t understand.  What he didn’t understand.  He didn’t choose this life or this mutation that made his cells grow and function differently than a normal humans.  Neither did his young ones and they would not be punished for others ignorance.  He wouldn’t allow it.

Adelio had escaped by the quick thinking of his father, he had formed a life.  He was on the run mostly but he had a wife and beautiful children.  He vowed he would do anything to find another place for his family.  He pushed to his feet cradling his wife close.

There was rumored to be a coven a few miles south of this ghost town.  He’d hoped to find any relatives or anyone such as him; the mutated, the abomination, non-human…vampire. 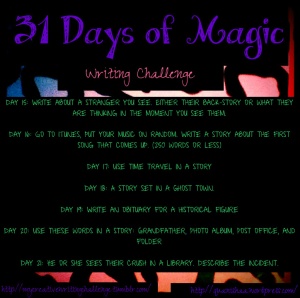