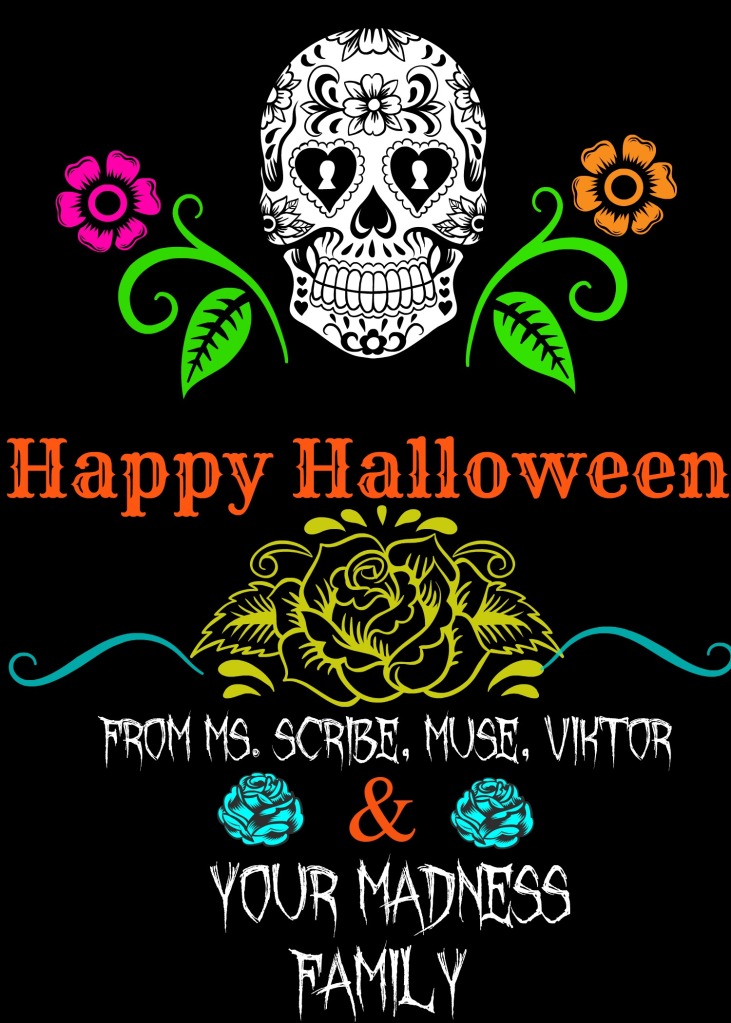 Here to say Happy Halloween and we apologized for the lack of communication.

And that Scribe has returned after much aversion.

Scribe: The main thing is that I’m here and we can work together.

Yes, how pleasing.  After all, it took days for a mere conference with the Queen.

How was I to know days were speeding by?

You led me to believe you would have this situation under control.

I did, we talked, like I wanted.  She is not the most logical person to have a conversation with when she’s desperate.

Then you disappeared again, meaning the conversation was not to your liking.

It wasn’t and I’m sorry for disappearing.  I had a bunch of other reality drawing thing to work out as well.

This Queen of Hearts is starting to irk me.

Exactly! If you would’ve helped me in the beginning instead of letting her get her way, we wouldn’t be in this mess.

Enough let’s just do this.

So my dear readers, do you want to know where we’ve been and what’s been keeping us.

My story begins next in a post titled THE SHOWDOWN BEHIND THE MADNESS coming this week.

Blurring the lines between poetry and prose